The Valdôtain viticulture is definitely a heroic one

Visitors will have the chance of discovering its traditions while appreciating the quality rewards given to local productions, which are the result of experiments, importations, risky choices and natural selections. All this guarantees many local and autochthonous varieties and, thus, some prestigious wines, which are well-known all around the world. 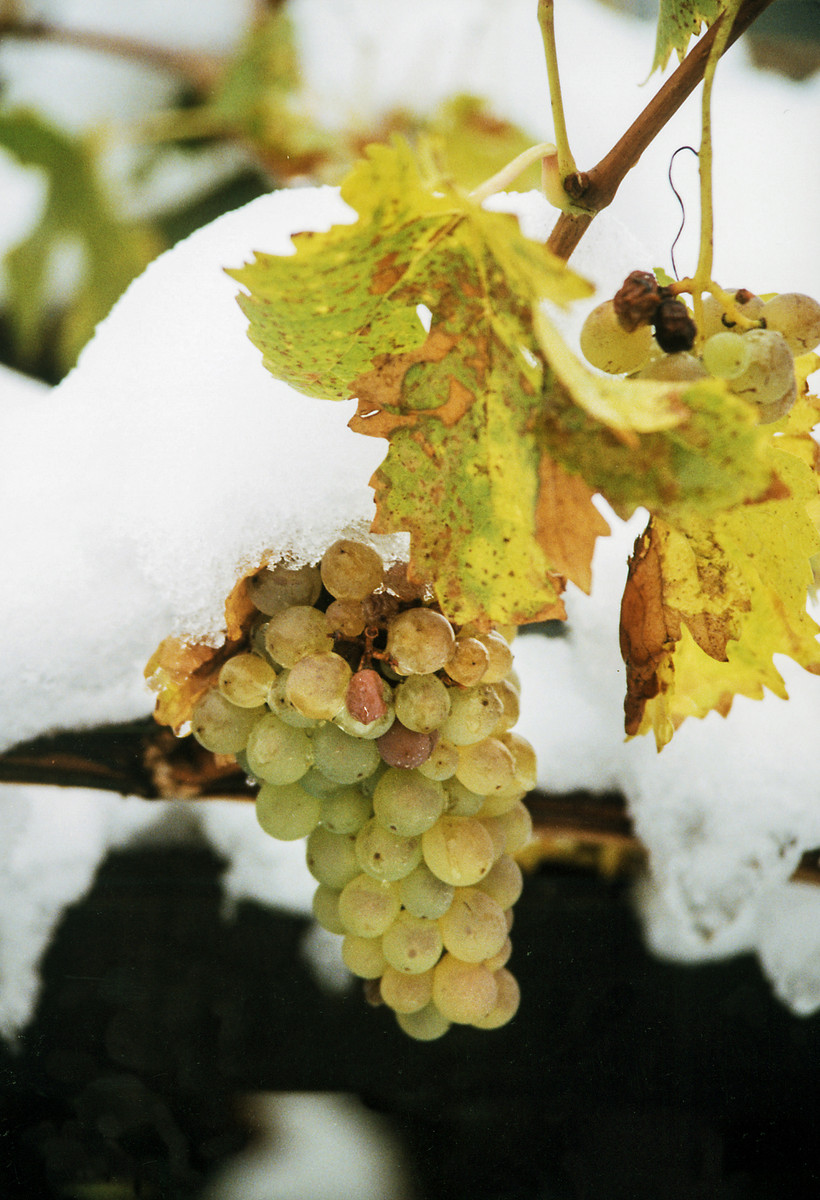 In Valdigne, the area that lies at the foot of Mont Blanc, the high altitude in which the vineyards lie (1,200 metres) places them among the highest in Europe and permits the production of prestigious wines. This territory is characterised by the presence of the Prié Blanc, the only autochthonous white berried species of vine which is traditionally cultivated on short pergolas. It is an ungrafted variety which doesn’t grow on an American vine and it is the base of the Blanc de Morgex et de La Salle, the most famous white wine of the Aosta Valley.

The vintage of extra-mature grapes (Chaudelune or vin de glace) is a truly unique and suggestive moment. Grapes are left withered and harvested only with a temperature between -5 and -10° C, right at the beginning of December. Once iced, they are then pressed and put into oak barrels and into carats of local essences to ferment.

In addition to white wines and passito, there are also some sparkling wines realised according to the classic method, among which the Quatremillemètres vins d’altitude etiquette joins together experimentations and local specificities.

The ‘high altitude sparkling wine’ is definitely notable: it was created thanks to a cooperation between Cave Mont Blanc and the Courmayeur Association of Alpine Guides. On 20th July 2009 the first bottle of  Blanc de Morgex et de La Salle Classic Method Extrabrut ‘Cuvée des Guides’ was axed on the top of Mont Blanc. Today this experience is made possible by using Skyway Mont Blanc and by visiting the experimental cellar at Pavillon du Mont Fréty.

On both sides of Dora Baltea, in the towns of Villeneuve, Saint-Pierre and Sarre on the so-called ‘adret’ (the sunniest side of the valley) and in Aymavilles, Jovençan and Gressan on the ‘envers’ (the opposite mountainside), nature and history are deeply mixed and offer their visitors the chance of discovering a varied and cultivated landscape, in which vineyards alternated to apple orchards, a true characteristic of the Valdôtain agricultural production, seem to embrace the castles that dominate the whole territory.

There are several small wine businesses that from the areas of Château Feuillet and Les Cretes that surround the Sarriod de la Tour castle and the terracing vineyards around the Sarre castle, produce little quantities of several AC Valdôtain wines: they are valuable and relevant.

Torrette, the most produced wine in the Aosta Valley, is cultivated in the ‘plaine’, the flat area of the central valley. It is a harmonic variety, whose taste is dry and which is also produced in its ‘Supérieur’ variety. Here grapes are sugarier and the ageing process is longer. But there is also the Fumin variety, whose colour is deep red and which ages in wooden barrels: it is best produced on sandy territories exposed southwards. Two other appreciated varieties are Cornalin and Pinot Noir.

White wines are also quite numerous: aromatic Müller Thurgau, delicate and straw-coloured Petite Arvine, whose scent is fruity and whose taste is salty, Chardonnay and Pinot gris, can be all tasted at Cave des onze Communes but also at some local producers in Jovençan and Gressan, maybe after having visited the Centre des études des anciens remèdes, a tiny museum dedicated to herbs and officinal plants. 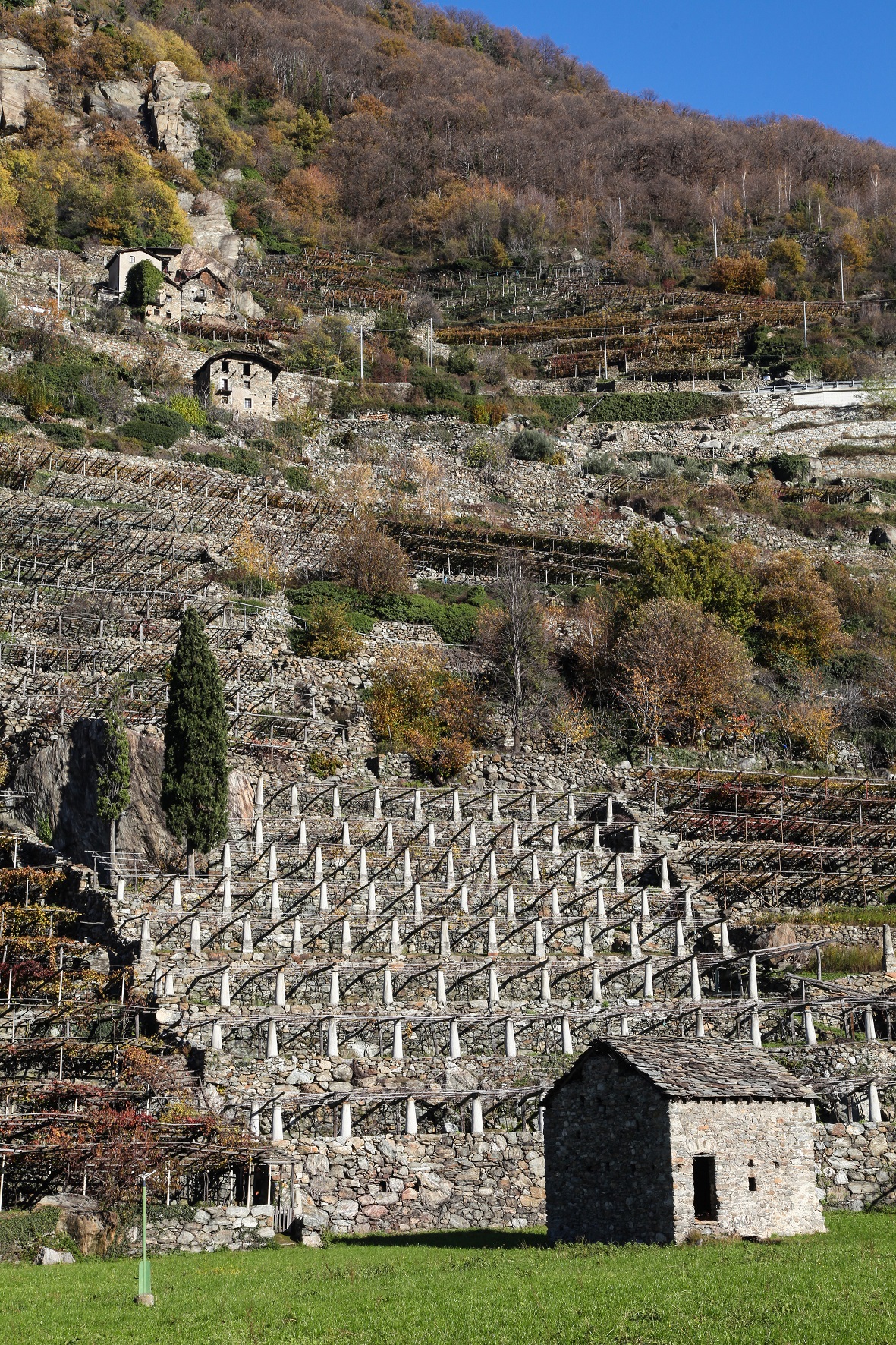 Here the mountains lying at the ‘adret’ are all covered by vineyards: here grapes receive sun from sunrise to sunset and here the Donnas DOC, the first Valdôtain wine that received the AC label, is produced. To realise this kind of wine Nebbiolo grapes, locally known as Picotendro, are mainly used.

This ‘mountain brother of Barolo’ can be easily tasted at Caves Coopératives de Donnas: this structures organises guided tours in the vineyards and, together with the Fortress of Bard, runs the tiny but interesting Wine museum in Donnas.

The Kiuva, an agricultural cooperative that also practices breeding, is notable. Here visitors can taste Arnad- Montjovet DOC together with Lardo d’Arnad DOP and some other local cold cuts, such as boudin and saousesse, one of the symbols of the Alpine food tradition.

Some local wine producers can illustrate the production of Nebbiolo DOC on request. The taste of this wine remembers us of almonds, it is full-bodied and owns a tannic ending.